Background:
Wizard World is one of the largest comicons held in Central Ohio.   Panels are times when the fans and celebrities can be interactive.  Attendees can ask the star questions in a relatively free form manner.

Impression:
As a fan of anything, isn’t it great when you get an opportunity to talk directly to those who influence you and provide hours of entertainment portraying your favorite character?  What if  I told you that you can also get a bit more insight into the people as themselves and not the personas they play on screen?

That is exactly what you get at panel time.

Below, Elizabeth Rodriguez, who plays Aleida Diaz in Orange Is The New Black, discussed her life, her acting career, and even fielded some questions about the show.  No spoilers though! 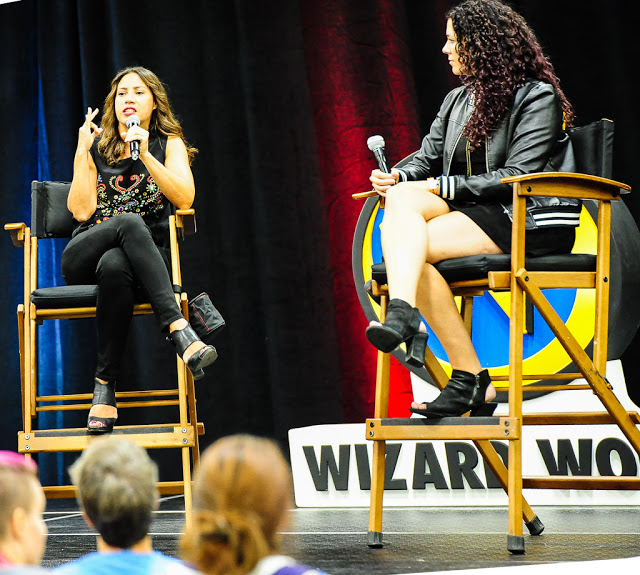 Sam Jones, best known as playing Flash Gordon in the 1980’s cult classic, discussed how he really appreciates the fans and the love that he feels from them at every show.  Sam Jones was very honest and humble, proud of his accomplishments as an actor, and happy to have been able to play such an iconic hero as Flash Gordon.  He also hinted that there are plans to bring Flash Gordon back to the fans in some fashion but that is still a long process and nothing is certain.

Robert Patrick, best known for his role as the T-1000 in Terminator 2:Judgement Day, is currently in the TV series, Scorpion.  Robert is a patriot and took time out to thank and honor the “badasses” which he defines as all military, police, firemen, and any that risk their lives for others.

Robert also likes to have a little fun with the crowd.  He has a very dry and quirky sense of humor and loves to joke around.

He is not only a great actor but seems to be a very genuine person who enjoys the comicon tours and interactions with the attendees.  We personally could have listened to him for hours.  He stated that the best thing that has ever happened to him besides his wife and children, was being cast in Terminator 2.  He believes that getting that role probably saved his life.  He is forever grateful for the opportunity he received and loves the fans that still watch T2 today. 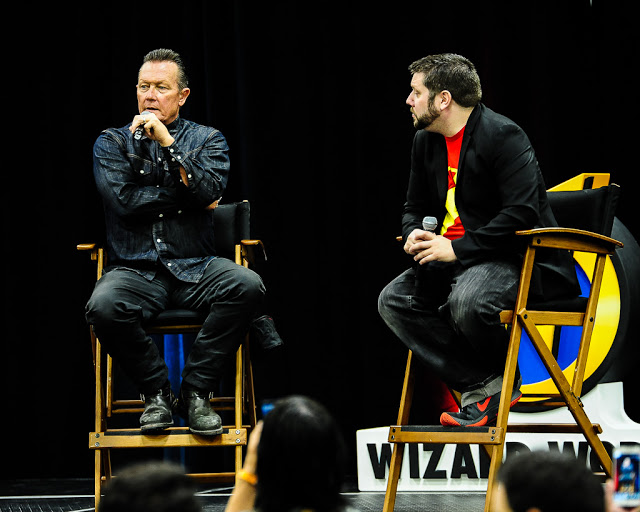 Jason Mewes, most famously known for his role as Jay in the duo of Jay and Silent Bob in various Kevin Smith films, had a panel session called “Secret Stash”.  He went through various questions about his personal life as well as discussing comic book topics like his favorite heroes, which character he would like to next see in a film or TV show, and how he prepares for his roles.
Every answer was filled with a bit of humor and a touch of humility.  You can tell that Jason has a great respect and admiration for his best friend, Kevin Smith.

Nicholas Brendon talked about his time as Zander Harris on Buffy The Vampire Slater TV series as well as his more recent work on Criminal Minds and the movie Coherence.  What made Nicholas stand out was his wit and confidence.  He has a unique way of telling a story and making all the panel attendees feel welcome.  There was no shortage of questions or answers! 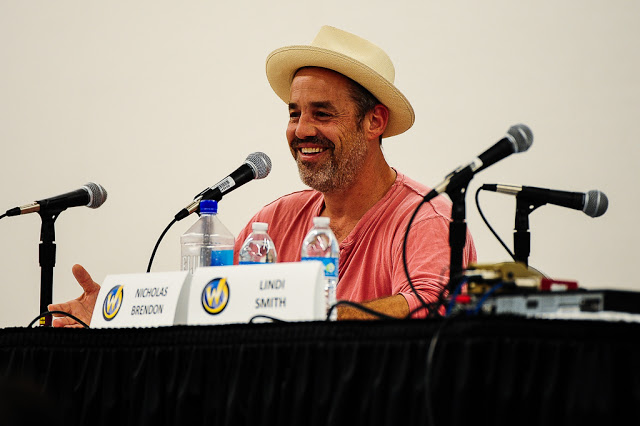 The ever classy Nichelle Nichols fielded a wide range of questions from Star Trek, where she played the communications officer Uhura,  to women’s rights.  The Wizard Main Show stage audience was filled to capacity, everyone listening to every word she had to say.

James Marsters, most famously known for his role as Spike on Buffy The Vampire Slayer, brought his sense of humor to the stage.  He left no subject off the table, as he gave both serious and also tongue in cheek answers to some great audience questions.  He invited everyone and anyone to bring any questions or comments to the microphone.

He talked about his favorite moments on Buffy and his interactive, free, and “mandatory” British speech lessons from fellow Buffy alum Anthony Stewart Head.  Questions even went into his other works as Brainiac on Smallville and Piccolo in Dragonball:Evolution.

Our take away from the panels is that it is a great opportunity to realize that these actors are not untouchable or unapproachable figures.  They are really just like you and me and have a job they do – and one that we all can appreciate in one form or another.  If you think that Comicon is just about merch and cosplay, then we challenge you to go to the next comicon and sit in and participate in a panel session.  You’ll have a whole different perspective on the convention as well as the actors that are there.