The International Sports Hall of Fame is a non-profit organization that honors the world’s greatest athletes.  This annual event is held every year at the Arnold Fitness Expo in Columbus, OH.  This post covers the March 2017 ceremony in Columbus Ohio. 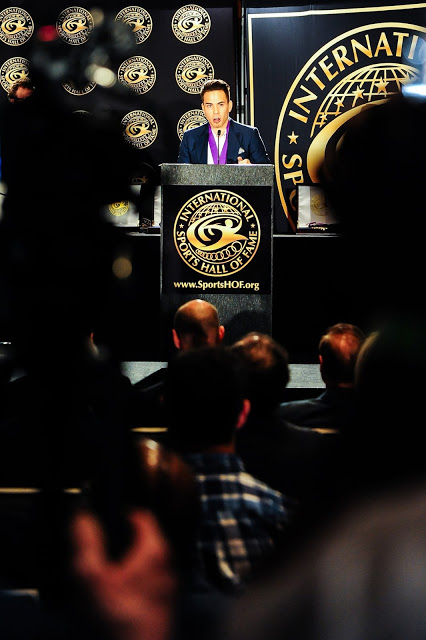 2017’s theme centered around overcoming the adversity of life to become something more.  The inductees spoke of how, despite forces in their lives that never believed in them, thought they would fail, be nothing, were not smart enough…used that emotional conflict and made it a driving force to success.

I feel this was an extremely brave and powerful message that we all need to understand and appreciate.  These athletes, icons of strength and power, were once told they were worthless or not good enough.  The are proof positive that despite all the roadblocks in life – success is there for you.  It is not something that will be given to you, though.  It must be worked for, putting in hours, days and even years to get the success that you want.

You know them today because they refused to be told that they couldn’t.  Instead, they proved that they could and their “could” became stories worth knowing and repeating.