September 11, 2001. Four commercial airliners were hijacked by al Qaeda terrorists and used as weapons. Two impact the World Trade Center towers in NY, a third strikes the Pentagon building and a fourth crashes into an empty field in Somerset County in rural Pennsylvania.

United Flight 93 leaving from New Jersey got a late start that day and left 25 minutes later than expected for its San Francisco destination. The hijackers did not get control of the plane until it was over Ohio. Gaining control of the cockpit, they turn the plane around and have its trajectory pointed toward Washington DC and the suspected target, the Capitol building.

Passengers and crew get word of the other terrorist attacks and decide to make an attempt to take the plane back. At 10:03am, the plane crashes, short of its target by 18 minutes flight time.

Coming back from visiting family in Pennsylvania, traveling along Interstate 76, we see a sign, Flight 93 Memorial next exit. It just so happens that this is Memorial Day weekend. We must go. We will go.

I remember exactly where I was, what I was doing on that day.

Nothing will prepare you for visiting this memorial.

Outside you see the large, white monolithic walls of the Visitor’s Center. To the right, there is a black walkway. This walkway represents the flight path United 93 took.

You walk the pathway, which has the timeline of all the planes, through the white walls in front of you. Looking straight ahead is an overlook that has a view of the field and a large rock in the distance that denotes the crash and debris location.

If you look back to your left from the main path, you’ll find the entrance to the Visitor’s Center.

Walking in, the lighting is low and items are highlighted with spotlights.

The mood is somber and you can physically feel the sadness. We did not expect to, nor were we prepared for just how hard this would be.

The memorial is sectioned off, with time lines, news replays and recordings of passengers calling loved ones.

After seeing all this and hearing them again, all the emotions come flooding back. From that day, for those that saw something wrong and tried to make it right. We will never know the total number of lives that the 33 passengers and 7 crew members saved that day when they attempted to take the plane back from the terrorists.

I tried to hold my emotions back, but just couldn’t. Many couldn’t.

The section above shows a wall of portraits of the passengers and crew from United Flight 93. 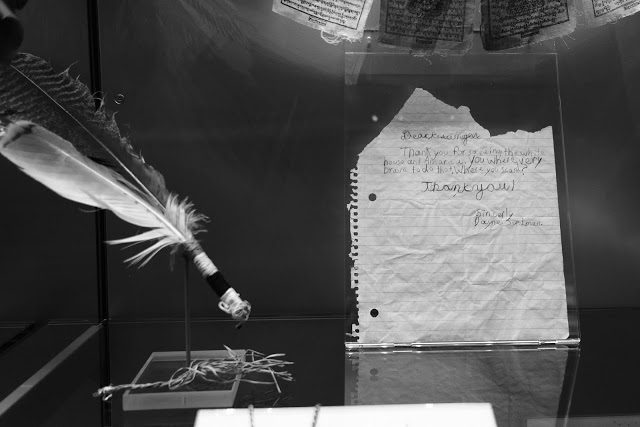 Toward the exit of the park, there is the Tower of Voices.

This tower is 93 feet high and when all the chimes are completed, 40 will sing in unison when the wind blows. 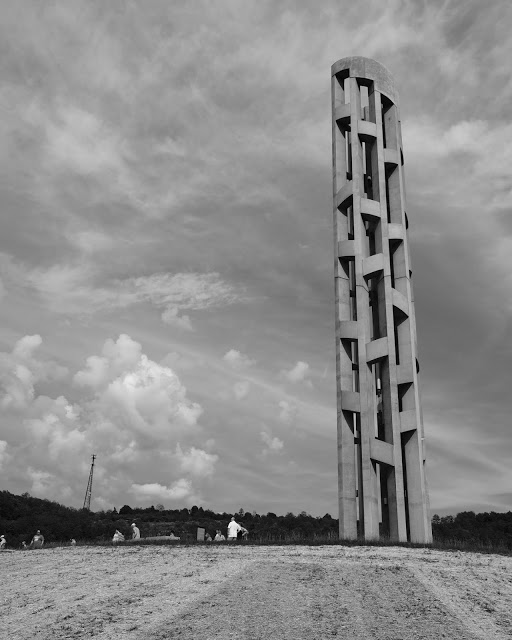 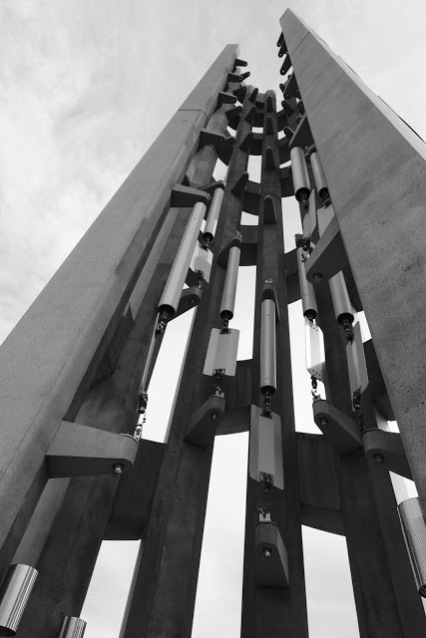 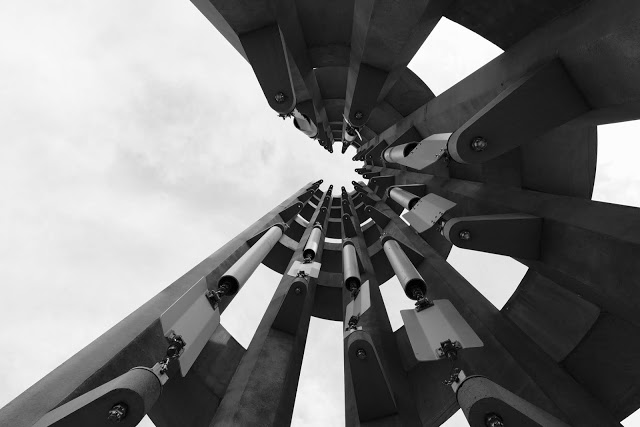 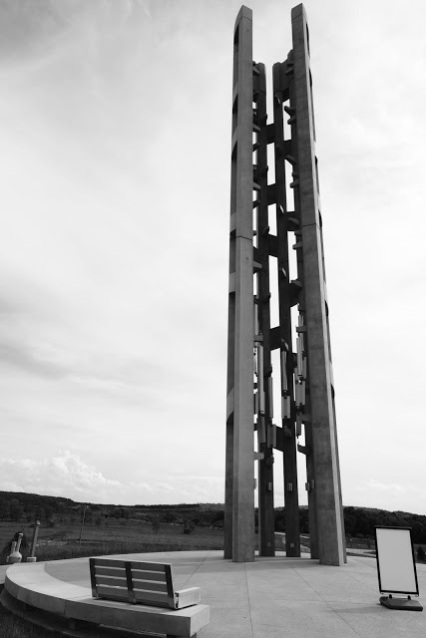 Memorial Day is a holiday where we honor those who gave all to protect the freedoms of this country and those that willingly put their lives in harms way to protect others from threats. Believe me when we say that we honor those brave souls that gave the ultimate sacrifice. Sometimes, though, ordinary people are thrust into an extraordinary situation. United Flight 93 had something the other planes didn’t have – knowledge of what had preceded them.

With this knowledge, those 40 had a tough decision thrust upon them. They chose to put themselves in harms way to try and take back control of the plane and save hundreds, if not potentially thousands, of lives.

In my mind, they are all American heroes and will be in our thoughts and prayers along with the brave soldiers on this and every subsequent Memorial Day.

At Visual Ohio, our purpose is to showcase interesting people, places and things in our great state. However, there are some things that transcend state lines and we think this article is one of those.